What Drives an Entrepreneur?

View all blog posts under Articles 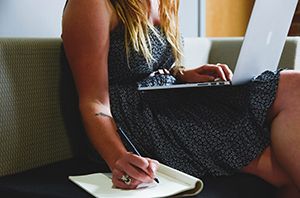 A 2015 report from the Global Entrepreneurship Monitor (GEM) found that there were 27 million entrepreneurs in the United States. Entrepreneurs often face an uphill battle on the road to making their business prosper. However, establishing a successful business may be more likely if the person behind it has (or understands the value of) certain psychological traits.

While their brain activity was being monitored, the men were shown images of their own companies, other companies, their children and other people’s children. The study found that the entrepreneurs had similar feelings for their businesses as the fathers had for their children – they felt love and connection.

Because of the study’s rather small sample size and the exclusivity of the groups involved (for example, the study did not examine mothers or female entrepreneurs), it would be a leap to say that all entrepreneurs view their businesses as their “babies.” However, the study does make it clear that parental-type love may be an important driving factor for aspiring businesspeople.

A study published in the Journal of Applied Psychology by Han Zhao and Scott E. Seibert entitled “The Big Five Personality Dimensions and Entrepreneurial Status: A Meta-Analytical Review” compared the typical personal traits of entrepreneurs with managers.

The study noted that entrepreneurs may have much more at stake than managers within a typical company, since entrepreneurs often have their personal resources tied up in their business. Despite this, entrepreneurs are often able to handle their stressful workload because:
• They are self-confident.
• They believe that they can control the outcomes in their environment.
• They are highly resilient in the face of stress.
• They tend to have lower levels of neuroticism than managers.

Zhao and Seibert also hypothesized that entrepreneurs will score higher than managers on Openness to Experience. They noted that people who are open to experience tend to be intelligent, analytical, creative, innovative and untraditional — all traits that could play a role in driving a new business toward success. The authors of the study went on to write, “Our results showed that entrepreneurs scored higher on Openness than did managers. Innovation, change, and creativity are at the core of recent definitions of entrepreneurship…”

New experiences can come in many forms – from meeting new people, to attending different events, to moving to new cities. Traveling might be another way in which entrepreneurs pursue new experiences. A study cited in Forbes found that “94 percent of business leaders in America believe travel experience directly translates to a competitive advantage in the workplace.” Indeed, entrepreneurs may benefit from being open to experience in all aspects of their lives, not just within the business sphere.

When people are more open to new experiences, they are better able to find stimulation that can lead to creativity. They also may be more adaptable in the face of change, as they are not necessarily tied to one way of doing things.

Oddly enough, entrepreneurs can also benefit from being rebellious. An article in Psychology Today noted, “interestingly, people with the same ability profile (equally smart, competent and educated individuals) can show dramatic differences in entrepreneurial potential: some may be motivated only by their personal career success and ‘sell their souls’ to big corporations, whilst others will do whatever they can to work for themselves and ‘be their own boss.’ This difference highlights the rebellious, impulsive and risk-prone nature of entrepreneurial people.”

Zhao and Seibert found in their study that entrepreneurs scored lower than managers on agreeableness. People who exhibit high levels of agreeableness may be overly trusting – potentially to their detriment. Entrepreneurs must be able to stand up for themselves, which may mean that they sometimes come off as rebellious. This does not mean that entrepreneurs cannot get along well with other people; it merely indicates that they do not easily give in to pressure from others.

An example of this “rebellious” mindset is easy to see in Jeremy Andrus, a successful entrepreneur who was quoted in a Forbes article as stating, “I want people to tell me I will fail. I need to know who I am battling against. If I don’t have someone that I want to go after, then how am I going to win?”

What Drives an Entrepreneur?

Of course, not all entrepreneurs have the same psychological makeup.

The driving psychological traits behind entrepreneurs may depend on each person’s gender, experience, education, vision and goals. However, the above-cited research indicates that some traits may be more valuable than others in helping entrepreneurs succeed. If you’re an entrepreneur – or an aspiring one – understanding how psychology plays a role in determining business success can be critical.

The Master of Science in Applied Psychology degree is unique in its relevance to the modern business world and can help businesspeople of all types improve themselves and their businesses.

Learn More About Our MAPP Program.
Apply Now
Download Brochure
X
X
Get Program Details
This will only take a minute.